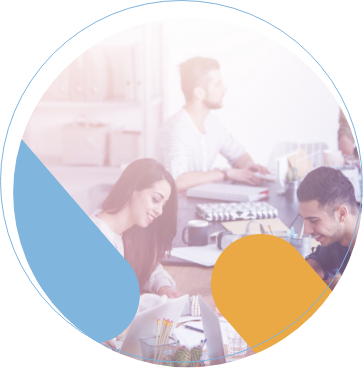 With the rapid rise of new generation technologies, there is a radical transformation process in the way of doing business and in the professions of the future. Qualified workforce equipped with 21st century digital skills and competencies in order to provide sustainable competitive advantage is increasing its importance day by day.

Aims of the Project

To ensure that 100,000 people receive new generation technologies training in the first three years of the project across Turkey and to ensure that they benefit from this project by creating equal opportunities.

To ensure that the project is transformed into a education / certificate program with a national and international reputation.

TÜSİAD has an important representation ability in the Turkish economy in areas such as production, value added, registered employment and foreign trade, as a result of the organizations represented by its members.

It aims to contribute to the formation of a social order in which the understanding of competitive market economy, sustainable development and participatory democracy is adopted with its works.

TÜSİAD’s Headquarters is in Istanbul, but it has representation in Ankara, international representative offices in Brussels, Washington D.C., Berlin, London, Paris, China, Silicon Valley and the Gulf.

TÜSİAD has been a member of the European Business Confederation (Business Europe) since 1987, the umbrella organization recognized as the representative of the European private sector.

What Does MMM Mean?

We aim to provide digital competence by improving the trainings, certificates and hardware skills in the platform My Job My Strength My Future.

How Can I Become a Member?

To become a member, please click here and fill in the relevant form.

What is the Purpose of the Project?

Please click here to see the project aims and objectives in detail.

Does Every Educations Have a Certificate?

All of the educations we prepare with our global content partners have a global certificate.

Are the Educations Paid?

Our trainings are free and open to everyone. Please click here to register.